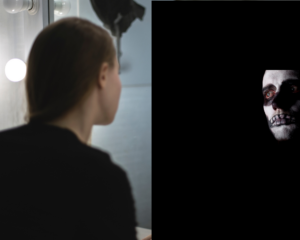 A client I will call H. came to me to work through her feelings surrounding a relationship breakup. Her boyfriend had a child from his previous marriage. It was a rough breakup and he had was the sole parent of his daughter G. She reported signs that he was anxious about her, making most of her life decisions despite her being 31 years old.

Over the years, she reported that he would try and sabotage her in ways that prevented her personal growth. For example, H's aspiration was to attend teacher's college. He created doubt in her that she could manage her studies. Later she found some school literature of hers hidden in the garage. He blamed her for leaving it out and said he was just cleaning up. She reported him giving her information about programs that he picked for her. H felt that fighting about it wasn't worth it.

H stated that his daughter, G confided that he had meddled in all of her relationships. G stated that he encouraged her to drop out of college. He had taken four different programs and did not complete any of them. When H confronted him she reported that he blamed her. She was reeling from her interaction. H walked away confused, angry and worried.

Jungian therapist, James Hollis, wrote about a parent's desire to live their child's life for them. When faced with the truth of thwarting their or someone else's personal growth, depression and anger are guaranteed results. Placing blame on others prevents people from reflecting on their behaviour and taking responsibility. It maintains the fragile ego state. Often those who blame others cannot face the choices they made. Blame is easy but it thwarts personal growth. Carl Rogers researched the characteristics of people who did well in psychotherapy and those who did not. He found those who felt they had personal or internal control did well. Those who blamed others felt the world controlled them. They did poorly in therapy.

H and I worked through the narcissistic abuse she experienced. Together we used artmaking to work on developing her voice and autonomy. Our ongoing work together has been useful in making sense of her controlling relationship and letting go.

If you would like more information about Art Therapy Guelph, and how we can help you book a free get acquainted chat today. Book now.